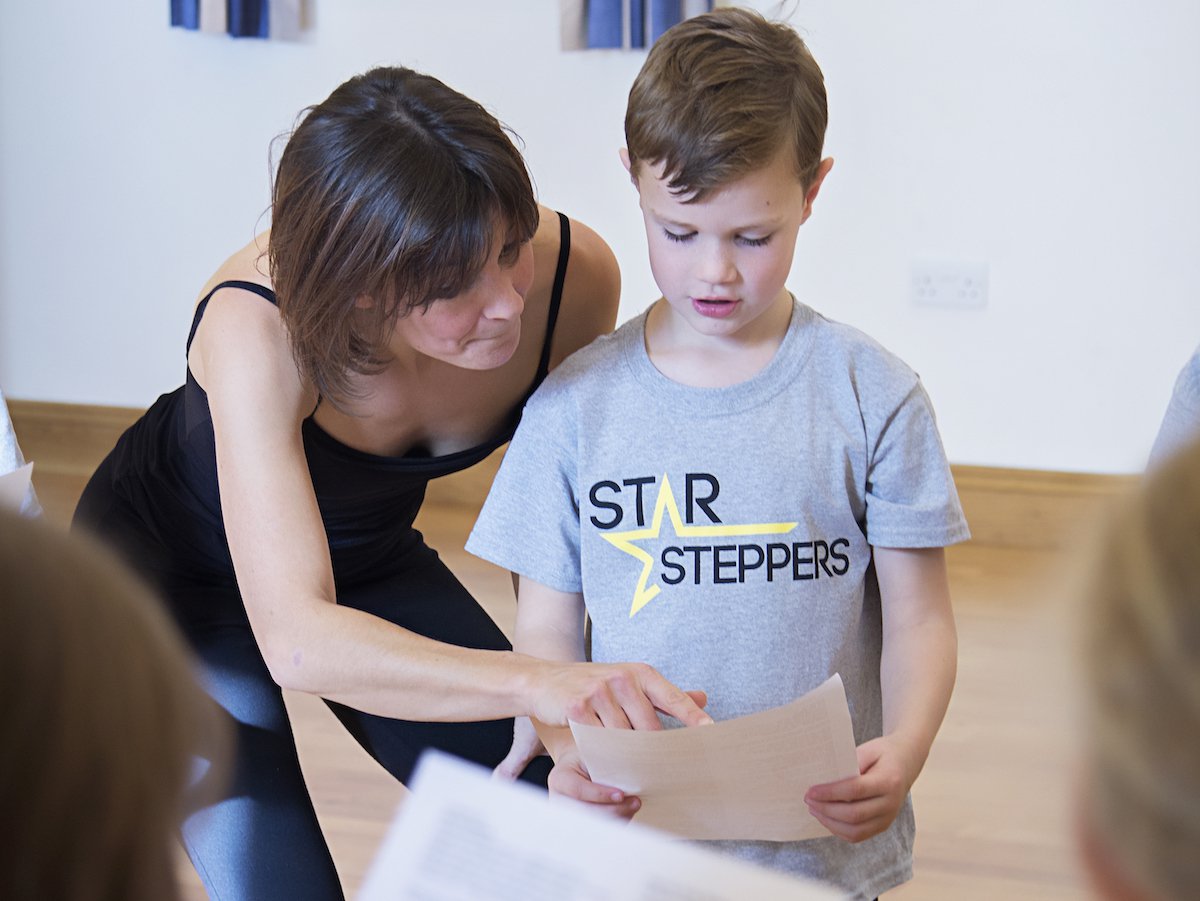 How To Break Down Monologues, Scripts and Text

This term at Star Steppers we have been working on monologues. We are regularly helping our students prepare for auditions and some of our lovely students have been accepted onto agency books and are already on the audition circuit. This highlighted to us how helpful it would be for our members to build a repertoire of monologues and songs.

We thought it was important to focus on teaching them how to break down text and bring their songs and monologues to life, in an audition environment. We started off by choosing content that was written for characters their own age because children are unlikely to audition for roles outside their own age group plus they will find them much easier to relate to.

Once they had chosen which monologue they wanted to do, each week we focussed on a different exercise to help them get to know their characters and become more familiar with the text. By the end of term we saw some fabulous polished performances!

Week One – WHO is their character? Read through the script or text and come up with atleast 5 words to describe the character who is speaking or singing.

Week Two – WHY are they speaking? Consider what the character wants to achieve from speaking these words. Are they trying to convince someone that something is true like Dorothy in 'The Wizard of Oz'? Are they trying to help someone get someone out of trouble like Matilda with Nigel? Or maybe they are just showing off and enjoying all the attention like Violet from 'Charlie and The Chocolate Factory'.

Week Three – HIGHLIGHTS – WHAT are the key words in each sentence? Discuss what 'key words' are and how they are different to emphasised words. They are the words that each sentence means nothing without. Highlight the most important words in the script / monologue. A very simple example of this exercise: 'So do you want to know a secret?' Secret is the key word, the sentence would mean nothing if you took that word out.

Week Four – WHERE are they? – Mapping out the performance space – Think about where the character is and what surrounds them. Then draw a map of the space the character is in (bedroom, forest, school playground, etc.) If there are any other characters in your scene, where they are stood and if they move around then map out their movements. Map out your character's journey through the space too, if they move around.

Week Five – WHAT do they look like? PICTURE – Talk about how their character looks and ask them to draw pictures. What clothes and accessories are they wearing (hat, glasses, coat etc.) Consider their physical appearance – hairstyle, tall, small, fat, thin, open or closed posture, etc? Look at how their appearance and what they wear impacts on how they move – fast, slow, direct, up-right or hunched… etc.

Week Six – RELATIONSHIPS – Explore how the character feels about the other characters in the scene (or who are referred to within the text?) What is their relationship like? What do they think of them? Consider if they are higher or lower status to the other characters (their status being determined by power and not necessarily their class in society.)

Week Seven – BEFORE/AFTER – What has happened just before the scene and what do you think happens after? The challenge of monologues and songs is they are often performed out of context and in isolation. You need to help your audience instantly understand what's going on. You also need to make your audience care about what happens next.

Week Eight – SECRETS – What are they thinking but not saying in the script or monologue? Is there any information they are withholding? Is there anything they do not want anyone else to know. What is your character's hidden secret?

We hope you find this resource helpful. These exercises can be applied to any songs, monologues or lines in a script. Happy studying! You know where we are if you ever need any audition support!